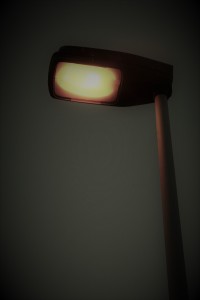 “No, no, no…..” Celena muttered as she guided her stalled car over to the shoulder of the road.

When she came to a stop, she tried starting it again.. The engine would not turn over. She banged her fists on the top the steering wheel. Not again.

In spite of all the trips to various mechanics, not one had been able to determine the reason why her car frequently–and at the worst times and most unfortunate locations– would die. The dealership even had a team of people trying to solve the mystery.

Celena knew the reason, though, and it was no mystery. It was “the gift.”

It started with her grandfather, though everyone suspected it went back many more generations. Grandpa could never wear mechanical wristwatches because they would cease to function in spite of his diligence in winding them each day. He would often quip “It’s my magnetic personality.” .

“You mean ‘the curse’”, her cousin Mimi would often say. She had the particular ability to make any computer she sat at freeze up or crash whenever she was stressed over a deadline.

The speculation was that a peculiar energy flowed through the veins of everyone in the family– or so it was said since no one could figure it out. Uncle Ernie once declared, “Face it. We’re just a weird family.”

Celena sighed and reached into her purse for her phone. As she figured, there were no bars on her device even though she knew she was well within her provider’s service area. Celena got out of the car and began waving her phone around trying to grab a signal. “C’mon, c’mon….”

She crunched down the gravel shoulder of the road. Of course, the car had died at night on the one stretch of the road with no buildings, a mile in both directions from any sort of assistance. There were streetlights but Celena knew they would be of no use.

As she approached the closest pole, the light on the top switched off. Celena continued on down the road. The next light too went dark as she passed it.

Celena was not surprised. This frequently happened whenever she walked under a light. Not every time, but so frequently that it had to be more than coincidence. It happened most often when she was anxious or angry. There was even a name for it, Celena discovered: SLI, or “Street Light Interference Phenomenon”. She found an article on Wikipedia that explained it all.

Celena was considered by the family to be the most “gifted” — or the most “cursed” if you were to ask Cousin Mimi.

Celena sighed with relief when her phone beeped and three bars appeared on the display. She quickly dialed Road Service and arranged for a tow truck. A few seconds later a text came through showing the picture and name of the mechanic on the way.

“Thank you, ‘Brian’” she said and kissed the face of her phone.

With the streetlights slowly glowing back to life, Celena looked around. Along the shoulder were shadowy hedges of Tecate cypress and oleander. They were thick and dense enough to hide a person.

Celena was not afraid. She fully believed that she could use whatever energy flowed through her veins to handle any threat that came her way.

Her mother always cautioned her not to be so foolish since “the gift” was random and manifested when it willed. Her grandmother had several times given her a stern warning that it was never to be used as a weapon and that she was acting prideful with it— a serious sin in her book. Celena had tried to explain to them that she could pull up the energy at will and push back anyone who tried to harm her.   She cited examples from her youth of schoolyard bullies that she had diverted with her “energy”. Mimi was annoyingly quick to point out that it had less to do with any alleged power and more to do with the bullies’ belief that she could knock the snot out of them with one swing.

Celena slowly strolled back to her car since the text had said Brian would be there in about fifteen minutes or so. She settled back into the driver’s seat and pulled out her e-reader to pass the time.

She got lost in the novel and did not notice that fifteen minutes had come and gone. At twenty-five minutes, she became aware of the time and pulled out her phone again to call Road Service to complain and ask for an updated ETA. The phone was non-functional as before.

“Great.” Celena considered hiking the mile down the road to the nearest convenience store and have them call her mom to pick her up.

As she was gathering her purse and preparing to get out of the car, lights flashed in the rear-view mirror. She turned in her seat to see a truck pull up behind her and stop.  She shielded her eyes against the glare of the two headlights that flooded the interior of her car.

The door of the truck squeaked open and a figure slid out.

She turned the key in the ignition and rolled down the window.

The figure crunched along the gravel and came up beside her.

She frowned.  It was not the man in the picture she had been texted.

It was not Brian.  Her stomach knotted and her throat tightened.

And then she knew she had been wrong about everything.

4 thoughts on “The Gift”