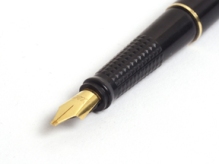 When I sign on to the Daily Post each morning , I usually find a few dozen posts already made in response to the daily word prompt. Not so this morning. The word prompt of the day is “squat”. I have to admit I chuckled when I saw that word. What can one write about the word “squat”?

So I decided to do a little research on the word.    First of all, what is the exact definition?   Here’s what Google’s dictionary says:

1. crouch or sit with one’s knees bent and one’s heels close to or touching one’s buttocks or the back of one’s thighs.  2. unlawfully occupy an uninhabited building or settle on a piece of land.

What I don’t understand is how “crouching with one’s legs bent” was parlayed into meaning someone taking up illegal residence in a building or piece of land.  I guess I need to spend some time mentally visualizing this to see the connection.

More significantly, how did the word “squat” come to denote something of diminished substance?   For example,  “I don’t know squat about quantum physics.”

Then, when I consider that usage, I am drawn to a variation of this expression:   “I don’t know diddly-squat about quantum physics.”   I did a little research on “diddly-squat,” but since this is a family friendly blog, I will not elaborate.   Let it suffice that it has connections to “squat’s” relationship to the act of defecation.

The last thing to consider:  is “squat” an onomatopoeic word?   That is, is it a word that sounds like its meaning?  “Buzz” is an onomatopoeic  word, as is “murmur”.    Close your eyes and visualize someone squatting.  Now say the word.   Don’t you agree that it is onomatopoeic?

Actually, you are probably thinking “Why does she give a squat about “squat”?    Well, what do you expect from a logophile?